What’s the point of having oodles of money and fame if you can’t express yourself with some carefree – and careless – home modification? Unfortunately, the same creativity and style that launches an entertainment career may not impress the real estate critics, especially when it’s time to sell that garish, over-priced mansion. 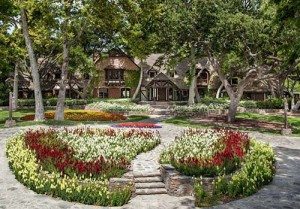 Unique celebrity “visions” have gifted us with Graceland, now a museum and holy site for Elvis fans, and the infamous Neverland Ranch, Michael Jackson’s attempt to turn his property into an amusement park.

Neverland Ranch may be up for sale. The reported asking price: $100 million. However, it’s undergone some serious modifications. The zoo is gone, as are most of the rides. There’s a carousel and train still on the property, as well as an odd assortment of life-sized statues of frolicking children. Why “maybe for sale?” Because rumors of Neverland’s future are as frequent as Jackson’s hits once were. 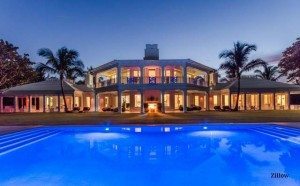 Despite a lot of press, celebrity homes can be hard to sell. Celine Dion had her Florida home, complete with a waterpark she installed, on the market for a couple years. It took a serious price drop – from $72 million to $62 million – with the final price unpublished. She put in the water park (three pools, a bridge and two slides) for her kids, which makes sense, until you find out the property has a 400-foot frontage on the Atlantic Ocean. In Florida.

Basketball fans might be interested in a name-brand property for sale in the Chicago area: Michael Jordan’s Highland Park estate offers 56,000 square feet and 15 bathrooms on more than seven acres. To be honest, he’s been “letting it go” for years – as far back as March 2012, when the asking price was $29 million. The current asking price is just under $15 million.

Built by Jordan and his wife, it’s no surprise the house has “double height” ceilings and lots of athlete-oriented customization. There’s a gym, billiard room, putting green and a tennis court. Oh, and a regulation-sized basketball court. But his wife must have had some input as well: there’s a Jacuzzi and a beauty salon in the home.

No reason was given for Jordan’s decision to sell, or to cut by half the original asking price. In other cases, however, celebrity homes are sold when a power couple divorces. That’s what happened with Jennifer Lopez and Marc Anthony. 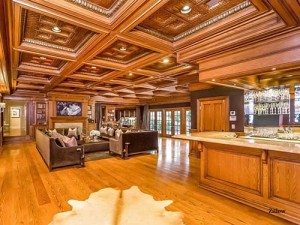 The pair were wed in 2004. The divorce finalized in 2014. By January 2015, J. Lo put up their 17,000-square-foot house in Hidden Hills, CA for sale with an asking price of $17 million. Nothing weird about this house, unless you think a 350-square-foot walk-in closet off the master bedroom (which takes up an entire wing) is excessive. Meanwhile, back in New York, Marc Anthony (now remarried) has another of the couple’s houses on the market. You can buy the Long Island mansion (which includes 10 bedrooms, a home theater and recording studio) for $9.5 million. The price was recently reduced from $14 million. No doubt the sale has the approval of his current wife. The property is known in media circles as Marc and J. Lo’s “love nest.” 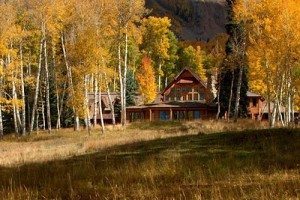 Tom Cruise’s off-the-grid home can be had for $59 million. Photo: Zillow.

Tom Cruise, divorced from Katie Holmes in 2012, has put two properties up for sale. His 298 acre Telluride “escape home” borders a national forest and can be had for $59 million. It’s been on the market since 2014. A newer listing is his “compound” in Hollywood Hills, with an asking price of $13 million. The main feature of the home is privacy and a driveway that takes up most of the 2.5 acres. There isn’t much out of the ordinary there, except a strange little “lagoon style” heated pool and waterfall that’s half Japanese-severe and half, “I built this deck myself.”

Other Celebrity Properties for Sale

Paula Deen is selling her Savannah, Georgia estate for $12.5 million. It’s 28,000 square feet and features an outdoor kitchen (three grills and four refrigerators!) and a “swim-in” theater where you can watch movies while you beat the Georgia heat in the pool.

Ted Turner, the media mogul and owner of the Atlanta Braves baseball team, is thought to be the largest private land owner in the US, with something like two million acres in his portfolio. He’s selling an island off the coast of South Carolina. The island is more than 4,000 acres, but only about a thousand are high enough to build on. There are two houses on it now and for $23.7 million, a buyer can enjoy the 70 acres of sandy beaches while keeping an eye out for hurricanes.

These are all tough sells. While celebrity ownership gets you press and free advertising, people with millions to spend on a house are often unimpressed with stardom, especially when the special features feel more like extra baggage.