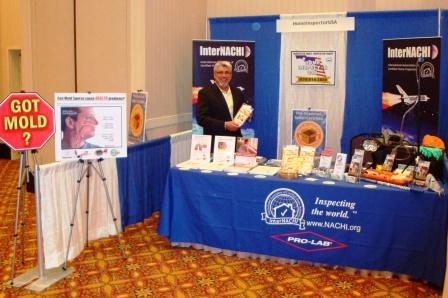 MyMortgageInsider got the inside scoop about invisible hazards in the home. Licensed home inspector John M Acaron, CHI of HomeInspectorUSA talks about Chinese drywall, mold, and more.

MMI: What is Chinese drywall and why is it a concern?

John: Chinese drywall is drywall manufactured in China. During the 2001 and 2009 period the USA experienced a great demand for drywall due to booming housing construction.

USA-manufactured drywall became scarce and there was a push to bring drywall from other countries in order to meet the housing construction demand. Therefore China started exporting drywall to the USA.

The Chinese drywall exported from 2001-2009 was found to be defective, containing high levels of the sulfurous gases – carbon disulfide, carbonyl sulfide, and hydrogen sulfide.

These emissions, which have the odor of rotten eggs, worsen as temperature and humidity rise. They cause copper surfaces to turn black and powdery, a chemical process indicative of reaction with hydrogen sulfide.

MMI: What are some effects of these emissions?

The plumbing, HVAC, and the electrical systems have internal copper materials that are affected when exposed to high levels of sulfide. In addition to mechanical problems in homes, homeowners themselves have reported a variety of symptoms. These include respiratory problems such as asthma attacks, chronic coughing and difficulty breathing, as well as chronic headaches and sinus issues. Chinese drywall was banned from the USA. HomeInspectorUSA offers our clients an inspection and screening to determine if tainted Chinese drywall is installed in the house.

MMI: What’s the proper course of action if homeowners discover Chinese drywall in the home?

John: The first course of action is to contact a home inspection company that specializes in screening for tainted Chinese drywall.

Secondly they should contact their homeowner’s insurance company. If tainted Chinese drywall is identified, it should be replaced, along with potentially damaged copper electrical wiring, fire alarm systems, copper piping, and gas piping.

MMI: Let’s talk about mold. You’re from a hot, humid climate where it would seem mold grows like crazy. Do all areas of the US need to worry about mold?

John: Mold will always be of concern. As a state of Florida licensed mold assessor and certified mold technician, HomeInspectorUSA offers our clients a mold screening when we perform a comprehensive home inspection at no charge.  However, mold spores have been in existence since the evolution of mankind. Molds can be found almost anywhere; they can grow on virtually any organic substance, as long as moisture and oxygen are present. Molds can grow on wood, paper, carpet, foods, and insulation. Mold requires organic material and high levels of moisture to grow and develop.

MMI: What’s the biggest risk to having mold growing in a home?

John: The issue when mold grows inside the living space is that it will continue developing and growing in confined space and the count of spores will increase as time goes on,  especially in homes equipped with HVAC. The HVAC system will distribute the spores to the entire conditioned spaces.

One particularly troublesome hiding place for mold is inside the ductwork and associated components of central forced-air heating and air-conditioning systems.  Homes with mold represent a greater risk for residents with low immune system (children & seniors). These are at an elevated risk for acquiring respiratory infection, asthma and bronchitis.  So it’s important that you recognize the symptoms of mold in your home, and take steps to protect yourself and your family. 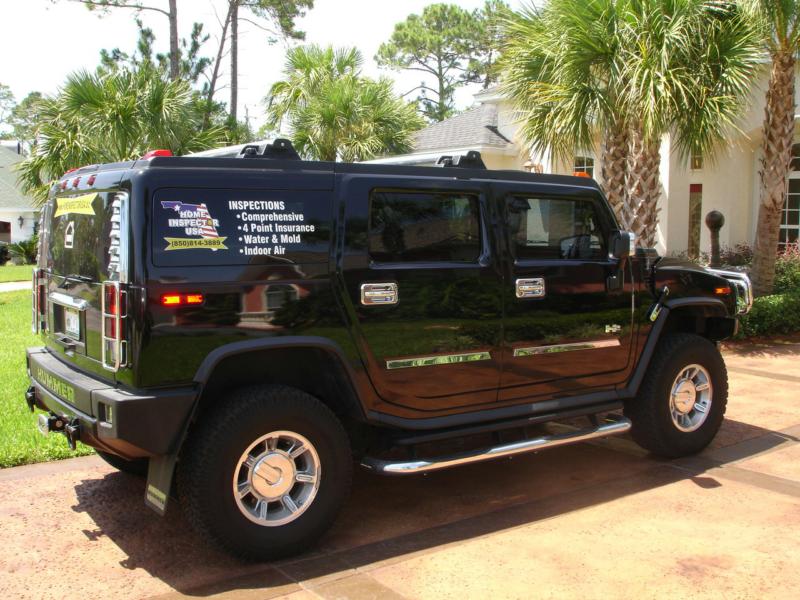 MMI: How would a homeowner tell if there is mold in a home?

John: The first red flag is when the inside living-space air smells musty. Second, if there are visible signs of mold, such as stains.

Third, if the residents experience discomfort, coughing, itchy eyes, watery eyes, head aches among other symptoms related to the flu, there may be mold in the home. Most of the toxic mold floating around in our air is actually invisible to the naked eye, but still may seriously affect your health. If you are concerned with the indoor air quality (IAQ) of the living space, it is highly recommended to perform IAQ testing for peace of mind. HomeInspectorUSA performs IAQ testing and mold screening.

MMI: Should the average homeowner be concerned about asbestos? In what time frame was it common to use asbestos in a home?

John: Yes, especially if they live in a house built before the 1975. Asbestos materials were commonly used in the construction of the houses at that time.

Asbestos fibers associated with these health risks are too small to be seen with the naked eye. Breathing asbestos fibers can cause a buildup of scar-like tissue in the lungs called asbestosis and result in loss of lung function that often progresses to disability and death.

Asbestos also is known to cause cancer of the lung and other diseases such as mesothelioma of the pleura which is a fatal malignant tumor of the membrane lining the cavity of the lung or stomach.

MMI: What are some initial indicators that there may be lead in or around the home?

John: Lead was commonly found in houses built prior to 1978. Old lead-based paint is the most significant source of lead exposure in the U.S. today. Most homes built before 1960 contain heavily leaded paint. Some homes built as recently as 1978 may also contain lead paint.

This paint could be on window frames, walls, the outside of homes, or other surfaces. Harmful exposure to lead can be created when lead-based paint is improperly removed from surfaces by dry scraping, sanding, or open-flame burning. Lead in paint was banned in the USA in 1978.

MMI: How would an average homeowner know if there is radon in a home?

John: Radon is a colorless, odorless, radioactive gas that can enter the home. In order to determine if the house is affected by high levels of radon the home owner should contact a home inspector that is licensed by the state to perform radon testing. All homes should test for radon, regardless of geographic location or zone designation.

MMI: Any other advice you’d like to give regarding “invisible” hazards around the home?

John: Invisible pollutants produced by common household substances, plus dust and excess humidity that gets trapped in today’s houses, can increase your risk of chronic respiratory illness and your home’s risk of serious structural damage.

It is highly recommended that a HEPA filter be installed in the HVAC system. A HEPA filter traps and removes up to 99.97% of airborne allergens and assists in distributing fresh air throughout the home. Performing a IQA testing can provide peace of mind regarding the IAQ inside the living space.

John M Acaron, CHI is a licenced home inspector (FL Lic #HI-80-2010) and mold inspector, and has 12 years experience in the field. Before inspecting homes, he worked as a building contractor and engineer with the Department of Defense on large-scale military facilities.

Tim Lucas (NMLS #118763 ) is editor of MyMortgageInsider.com. He has appeared on Time.com, Realtor.com, Scotsman Guide, and more. Connect with Tim on Twitter.