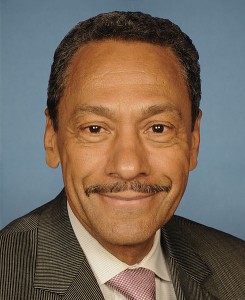 In a 57 to 41 vote, Mel Watt was confirmed to replace Ed DeMarco as the new head of the Federal Housing Finance Agency, or FHFA.

The confirmation is viewed by industry professionals as a new era in housing. Since 2008, Ed DeMarco has led the FHFA, and has blocked some housing initiatives that many believe would be extremely helpful to the housing market.

With Mel Watt at the helm of the FHFA, it’s possible an expansion of the Home Affordable Refinance Program, or HARP, will be implemented very soon.

One of the first changes to HARP Watt may make is moving forward the arbitrary June 1, 2009 cutoff date. As it stands, no one who purchased a home after this date is eligible for HARP.

Watt could eliminate this requirement, helping people who bought as late as December 2010 to use the popular underwater refinance program.

It’s even feasible that Watt will slowly implement other aspects of HARP 3.0, such as removing the requirement that the current loan has to be owned by Fannie Mae or Freddie Mac to be eligible.

If this were to happen, those with jumbo loans, Alt-A loans, option ARMs, and other loans not owned by Fannie Mae and Freddie Mac could lower their monthly payments by hundreds of dollars, and get into a more stable loan product.

Because the FHFA controls Fannie Mae and Freddie Mac, and therefore the HARP program, Watt could implement changes even without approval from Congress.

This is a big advantage, with the 113th Congress that has proven itself as one of the least productive in history. According to the Pew Research Center, only 24 substantive laws have been passed by the 113th as of August 2013. Compare that with 208 substantive laws by the 112th Congress, and 274 by the 111th up to the same period.

If Mel Watt does prove to have to power to bypass Congress, changes could be quick and important. Watch for big and small changes to the HARP program – even a small change could make many more homeowners eligible.

And a big change could mean a rush on mortgage companies and longer wait times to get an approval. Those who are ready to apply for HARP as changes occur will get in line first while others stack up behind them.

Save this web address into your favorites so you are ready to be connected with HARP lenders who will compete to give you the best rate.

Because now that Watt’s confirmation is a done deal, anything could happen.